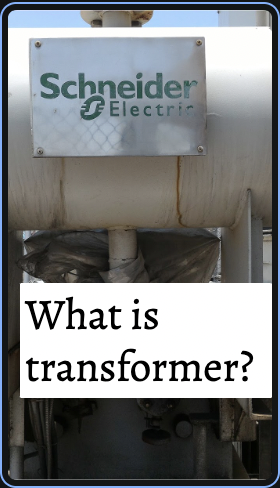 Transformer And Its Associated

A transformer is a device that consists of two inductive coils which are electrically separated but magnetically linked through a path of low reluctance.

The two coils possess high mutual inductance. If one is connected to a source of alternating voltage, an alternating flux is set up in the laminated core, most of which is linked with the other coil in which it produces mutually-induced e.m.f

The first coil in which electric energy is fed from the a.c supply mains is called PRIMARY WINDING.

It is a transformer in which laminations of iron, make up part or all of the path for magnetic lines of force that link the windings of the transformer.

The core is constructed of these laminations in order to provide a continuous magnetic path for the lines to flow and minimize the air gap between the laminated sheets.

Now, consider the N-turn iron core coil. When a current ‘I’ is passed through the primary winding a magnetic flux ’fy’ is produced. Let this flux vary sinusoidally with the time ‘t’ as:

Where fy(m) is the maximum value in webers and f the frequency. Therefore, the induced voltage in accordance with faradays law is

and the effective value will be

f is the frequency

Np and Ns are the no. of turns of the primary and secondary winding respectively

And {fy(m)} is the flux that links the two windings.

By dividing Vp with Vs we get;

Which could be written as

A device that converts mechanical energy into electrical energy by magnetic induction.

The ferrous part of the transformer or inductor is used to increase the length of the magnetic field. It carries the flux and forms a magnetic coupling between primary and secondary.

It is induced into metal when magnetic lines of force move across it.

Rate of the power output to its power input

It means the number of lines in which an AC voltage will change from positive to negative and vice versa within a precise time, usually expressed in cycles/sec and identified as hertz or as in 60 hertz.

The lines of forces of a magnetic field.

The sheets of steel make up the core of the transformer.

The coil winding that is directly connected to the input supply

The coil winding supplies the output voltage to the load.

A waveform that can be expressed mathematically using the sine function.

A low resistance connection using accidental across part of a circuit resulting in excessive current flow.

In addition to that, you would also find the percent impedance, size of the tank; tap configuration, and vector group. Here is a photo of a typical power transformer nameplate:

ONAN: uses natural airflow through the radiator to dissipate heat.

ONAF: uses a fan for cooling the radiator.