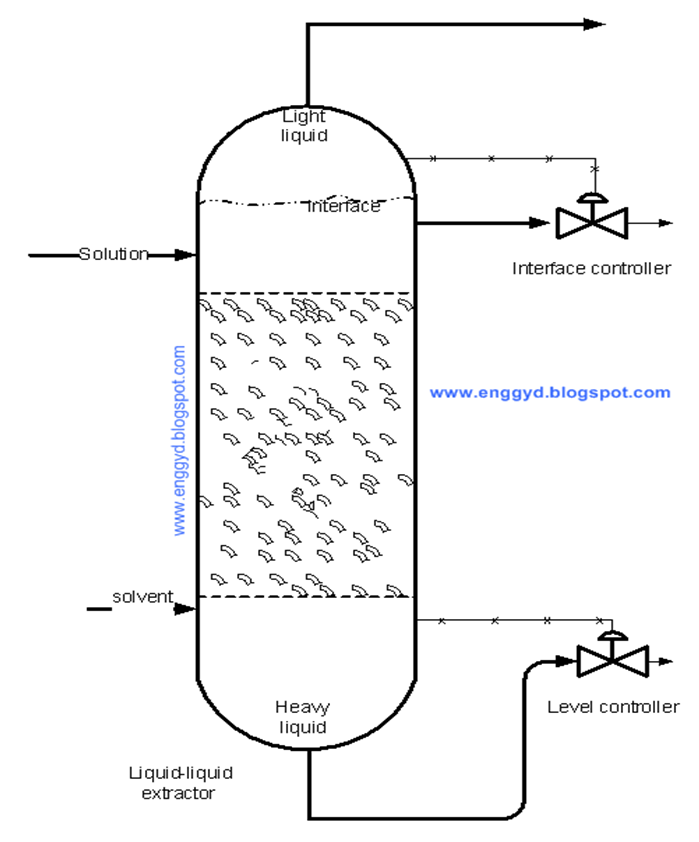 Liquid-liquid extraction, familiarly called solvent extraction is a unit operation that involves the liquid-liquid contact method. It is based on the principle of separation of individual components of a solution mixture by using another insoluble liquid. The extraction phenomena work on the solubility property of the liquid mixture and on the pure solvent used in the separation or purification process. The operation of the liquid-liquid extractor entirely differs from the operation procedure of the distillation column. For a packed extraction column operating procedure can be understood at the startup of the column for a plant operator or an engineer.

A standard procedure designed for most packed extraction columns:

For an extraction column, two control valves play an important role in controlling the complex process.

Mass transfer occurs at the interface of the two phases so, the interface position is important in achieving the maximum distribution of solute. The interface control valve placed above the heavy liquid distributor maintains the level and is used to remove the particles or foam material formed during the operation.

A detailed diagram can help to understand the operation of the solvent extractor.