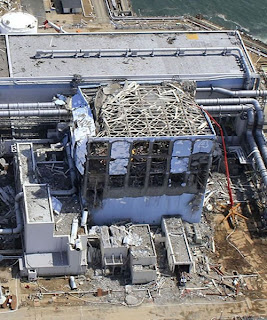 A dangerous earthquake that occurred in the Pacific Ocean near the northeast coast of Japan triggered a tsunami to flush into the towns in Japan. The earthquake magnitude was recorded as 9.0 MW. Surface energy generated by the earthquake is about 2X1017 J.

The cause of the blast was the design of the light water reactor designed and developed by General Electric Company. These model reactors require continuous cooling and the cooling system works on external power after shutdown operation. On 11th March 2011, Out of six reactors numbers 5th and 6th are in maintenance and shut down and the 4th reactor was empty without fuel. When the earthquake occurred reactors 1st, 2nd, and 3rd automatically initiated the shutdown operation under the supervision of control room engineers. As per the design the reactors required external cooling and due to the tsunami, all the power supplies were lost. This caused the internal core of the reactor to build up to immense pressure by hydrogen leading to an explosion and core meltdown.