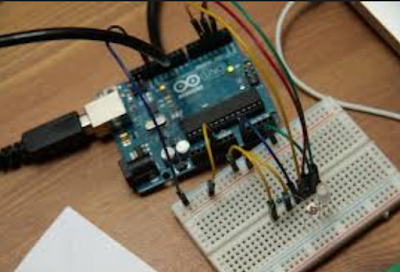 The progressive motion of free electrons is hindered in all materials because they collide with atoms of the substance used. the opposition to the flow of electrons due to bonds between protons and electrons, as well as to collisions is called electrical resistance.

Resistance is analogous in most of its aspects to friction in mechanics or hydraulics and, like friction, results in heat generation. The heating of an electric iron or stove is due to the resistance of the heat-unit conductor materials. for safety the materials and cross-section of the conductors must be such that the temperature is kept well

or PT = P1+ P2+ P3
where is the total power dissipated by the parallel circuit and P1, P2 and P3 are the powers dissipated by individual resistors.

Path of electrons in order to have electric current, electrons must move from atom to atom in which it is relatively easy for an electron to jump out of its orbit and begin to orbit in an adjoining or nearby atom. Substances that permit this movement of electrons are called conductors of electricity example, copper, aluminum, silver, etc.

The controlled movement of electrons, through a substance, is called current. Current occurs only when a difference of potential e.m.f or voltage is present. For example, we can get a difference in potential by connecting a battery to the ends of a length of copper wire. The pressure from the battery will then move the electrons.